Deakin campuses are built on the traditional lands of the Wadawurrung people of the Geelong region, the Wurundjeri and Boon Wurrung peoples of the greater Melbourne region, and the Gunditjmara people of the Warrnambool region.[1]

Deakin is committed to acknowledging, building and sustaining respect and understanding between Indigenous and non-Indigenous Australians. Our vision is for a university that values and celebrates diversity – where all students have respect for Aboriginal and Torres Strait Islander knowledge, culture and values.[2] In 2020, 719 Aboriginal or Torres Strait Islander students from all over Australia were enrolled at Deakin: Students using the facilities in the NIKERI Institute at the Waurn Ponds Campus.

Delivery of a Community based-intensive model

NIKERI Institute students study in mainstream units with additional support from the Institute's staff, on- and off-campus in a Community based model.

A student’s view of studying with the NIKERI Institute

A transcript may be downloaded here: My Deakin World – 857km (DOCX 15KB)

You may have Indigenous students in your classes but not know it.

(Australian Government, Dept. of the Prime Minister and Cabinet)

Learn more about the Deakin standard Acknowledgement of Country. 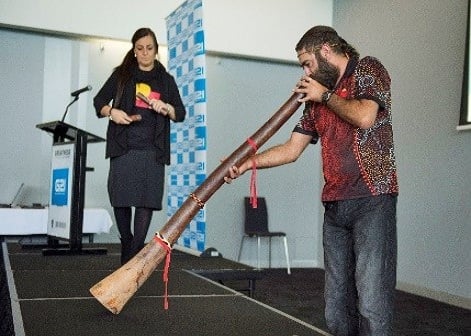 Deakin’s Indigenous Australian students frequently ‘walk in two worlds’: maintaining important contact with their family and other kin on Country (whether around the corner or thousands of kilometres away) while learning, living and competing with non-Indigenous contemporary Australians. Often, these two worlds are separated by many different cultural traditions.

Some possible dimensions of difference:

There are many more aspects of Indigenous culture that impact in subtle and less obvious ways on Indigenous students’ lives. For more information on Indigenous Australian cultural competence in higher education, see the National Best Practice Framework for Cultural Competency in Australian Universities (PDF 3.89MB).

For further information on Australian Indigenous culture in general see:

[1] Indigenous cultural protocols: what the media needs to do when depicting deceased persons

Indigenous knowledges, perspectives and pedagogies are approaches to teaching and learning that resonate with Aboriginal and Torres Strait Islander peoples (and other indigenous peoples from around the world) to teach, learn, understand the world and act ethically and effectively within it.

These ways of knowing, being and doing are important for several reasons:

In order to achieve Indigenisation of curriculum it is important to work in partnership with Aboriginal and Torres Strait Islander peoples and communities. Barriers to creating Indigenous curriculum include:

Watch this video by Tyson Yunkaporta who talks about Indigenous pedagogies as a process and 'Eight ways of knowing'.

The video Sharing our stories: building partnerships for change, is an exemplar of how to work in a collaborative environment with Traditional Custodians to develop Aboriginal curriculum content that becomes a journey of discovery for all.

Being mindful of past history: Reconciliation

Since European settlement of Australia, Indigenous Australians have suffered numerous injustices, massacres and failures of recognition. While there are indications that common attitudes are improving, many Indigenous Australians carry deep scars related to the ways their ancestors have been treated, together with their own ongoing experiences of racism. For information including the National Apology, National Sorry Day, the Bringing Them Home Report, current rates of Indigenous child removal, and the Stolen Generations 'Testimonies' project read Ten things you should know about the National Apology.

Reconciliation Australia publishes a Reconciliation Barometer every two years that summarises key findings around relationships between Aboriginal, Torres Strait Islander and non-Indigenous people. For example, in the 2018 Barometer:

Aboriginal (adjective): An Aboriginal person is a person who is a descendant of an Indigenous inhabitant of Australia but does not include a Torres Strait Islander person. (Definitions from the Racial Discrimination Act, 1975).

Aboriginal person (Capitalise 'Aboriginal'): preferred term, use instead of ‘Aborigine’. A person of Aboriginal descent who identifies as Aboriginal and is accepted as such by the community in which she/he lives. ‘Aboriginal’ is sometimes used to include Torres Strait Islanders but this is not technically correct. When referring to both groups, use ‘Indigenous Australians’.

ATSI: this abbreviation for ‘Aboriginal-Torres Strait Islander’ is not considered appropriate for general conversation or use in writing.

Aunty, Uncle (Capitalise): terms of respect used for Elders in the community.

Country (Capitalise): for Indigenous Australians this may mean more than just ‘land’. (Capitalise 'Country' and 'Land' – when it is used in place of ‘Country'.)

'For Aboriginal Australians … we might mean homeland, or tribal or clan area … For us, Country is a word for all the values, places, resources, stories and cultural obligations associated with that area and its features. It describes the entirety of our ancestral domains. … While they may all no longer necessarily be the title-holders to land, Aboriginal and Torres Strait Islander Australians are still connected to the Country of their ancestors and must consider themselves the custodians or caretakers of their land'.

Koori/Koorie: an Aboriginal person from southern NSW or Victoria. Not all Aboriginal people living in these places at any time are Koori. It is safer to use ‘Aboriginal’ or ‘Indigenous’.

Stolen Generations: Aboriginal or Torres Strait Islander people who were forcibly removed as children from their families and communities by government, welfare or church authorities and placed into institutional care or with non-Indigenous foster families. This occurred from the mid-1800s until 1970, and many Indigenous people remain deeply affected by the consequences.