Dr Danielle Tyson is Associate Professor in Criminology in the School of Social Sciences at Deakin University and a graduate of La Trobe University, Victoria, 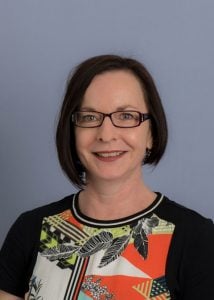 Danielle’s research interests include intimate partner homicide; defences to homicide; criminal law reform; social context/family violence evidence; gender, sentencing and mental health; filicide; feminist judging; crime and the media; feminist theory and qualitative research methods. Her approach to research is both victim-centred and interdisciplinary. Her research develops and builds collaborations with key stakeholders and experts in the field to deliver a sound evidence base that can both inform and improve legal policy and findings that are relevant and have impact.

Dr Tyson is Co-Convenor of the Deakin Research on Violence Against Women Hub and Co-Director of the Monash Deakin Universities Filicide Research Hub and Co-Facilitator of the bi-annual international conference series Addressing Filicide (previously held at the Monash Prato Centre, Italy, in 2013, 2015, 2017 and in 2019, the Addressing Filicide conference was held at Deakin University Downtown in the heart of Melbourne, Australia for the first time. Click here to access the conference website.

Research reports and submissions to government: