Data M Sheet Metal Solutions (Germany) is one of the leading developers and suppliers of roll forming software ranging from simple design tools for the first flower design up to FEA analysis tools which enable the investigation of complete roll forming processes. DataM has been heavily involved in roll forming research and, for example, is currently engaged in a research project focusing on the further development of the flexible roll forming process.

FormFlow is based in Geelong, Victoria, Australia. The company was established in 2016 to commercialise a world first metal forming process that has now been used to create a unique range of products for the building industry.

Speedpanel has been at the forefront of building and construction technology for over 20 years. An industry first, the innovative panel based wall system is designed to outperform traditional non-load bearing blockwork and other competing products. Coupling a specialised lightweight core with a reinforced steel shell; Speedpanel is today regarded as one of the most certified, trusted and advanced modular wall systems in the world.

Ford Australia is currently a centre of manufacturing excellence in the Asia/Africa/Pacific sector for the global Ford Motor Company. This has involved a large investment since 2007, including a new R&D centre. Ford Australia has been a partner of the roll forming research group since 2012 and has been heavily involved in the groups activities that are aimed at flexible and micro roll forming of automotive components.

The Baowu is the second largest steel producer in the world. The company was formed in 2016 by Baosteel Group merging its peer, Wuhan Iron and Steel Corporation (WISCO). WISCO established the joint Centre for Automotive Steel Research and Innovation (CASRI) with Deakin University. Baowu is interested in the flexible roll forming technology as an alternative to stamping for the forming of advanced and ultra high strength automotive steels.

BlueScope Steel is Australia`s largest producer of roll formed building and construction products and the major supplier of galvanised and pre-painted sheet in Australia. The company has been a constructive partner of Deakin University in the STAMP project, a government funded collaboration between several Australian universities, steel suppliers and the automotive industry.

Collaboration with the Institute for Production Engineering and Forming Machines of the TU Darmstadt has started in 2015 with the visit of one undergraduate student at at the Institute of frontier Materials (IFM) for a master-thesis (Diplomarbeit) project in the area of roll forming. Is is planned to further expand this partnership during the Summer School Student Exchange in March and June 2016 which involves the visit of 10 research staff and students at each partner university for a time frame of two weeks for seminars and student workshops.

A partnership exist with the Department of Ferrous Metallurgy and the Institute of Metal Forming of the Aachen University of Technology. This is currently limited to the exchange of undergraduate students for internships as well as mini-thesis (Studienarbeit) and master-thesis (Diplomarbeit) projects. 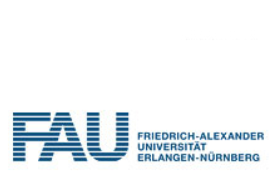 A collaboration with the Institute of Manufacturing Technology (LFT) of the University Erlangen-Nürnberg has started in 2015 with the visit of one undergraduate student at the Institute of Frontier Materials (IFM) for a master-thesis (Diplomarbeit) project in the area of micro-roll forming of stainless steel foil to bipolar plate. Since then the LFT has joined an RMIT led research proposal in collaboration with IFM and Ford Australia for an Australian Research Council (ARC) Training Hub that, if successful, will open further collaborative research in the areas of roll forming and hot stamping.

Cooperative research projects exists with the Mechanical and Manufacturing Department of Mondragon University that focus on advanced material models for Finite Element Analysis (FEA) and the further development of the flexible roll forming process.  In recent years there has been an extensive exchange of research staff and students. A partnership with the Department of Mechanical and Electrical Engineering of the North China University of Technology has recently been established that aims at the exchange of undergraduate and PhD students.  Research will focus on the development of advanced material models for the numerical simulation of the flexible roll forming process.