As part of the recent International Association for the Philosophy of Death and Dying conference hosted at Deakin in July, A/Prof Patrick Stokes has produced and presented a two-part program, ‘What’s New In Death?’ for ABC Radio National’s The Philosopher’s Zone. 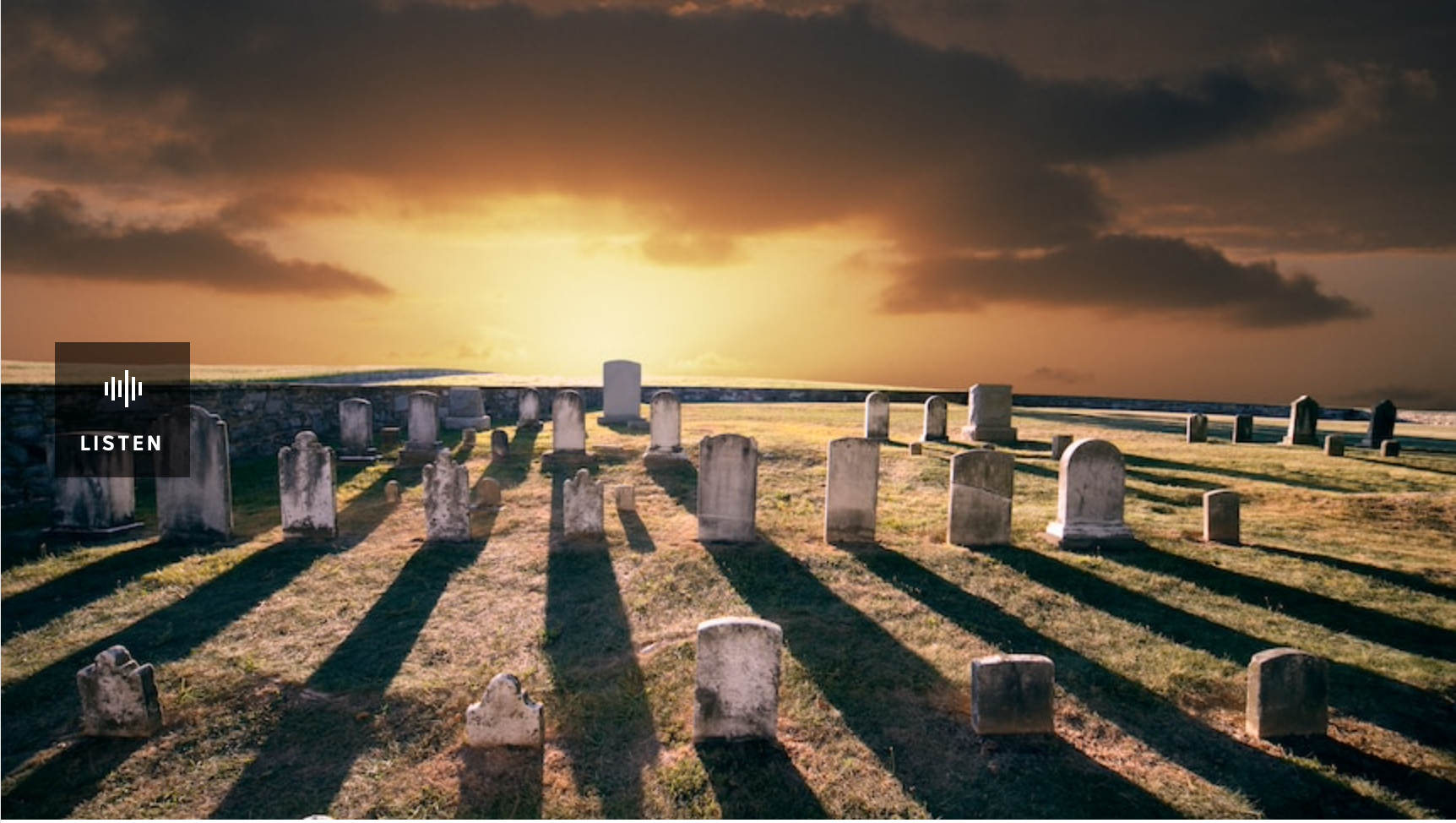 Listen to Part 1 or Part 2 at these links, via the ABC Listen app, or wherever you get your podcasts. 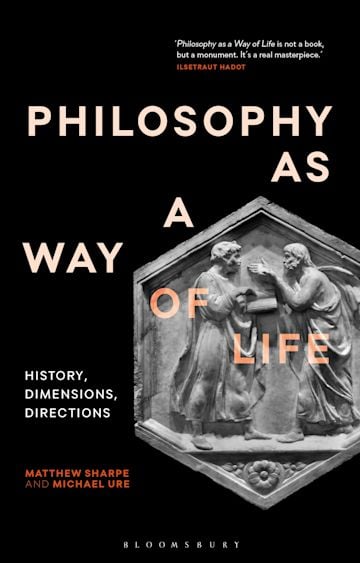 This three-day event brings together leading scholars from around the world to discuss new directions in historical, historiographical, philosophical and metaphilosophical research on philosophy as a way of life, the approach to ancient philosophy inaugurated by Ilsetraut and Pierre Hadot.

A/Prof. Matthew Sharpe is part of an international team of scholars from France, Canada, Italy, Portugal, Poland, Australia and the United States in the grant “Para um Mapeamento da Filosofia como Modo de Vida: Um Modelo Antigo, Uma Abordagem Contemporânea”/ “Mapping Philosophy as a Way of Life: An Ancient Model, A Contemporary Approach” which is to be funded by the Foundation for Science and Technology (FCT) in Portugal, to begin in 2023.  The grant is the first on philosophy as a way of life to be funded in the EU.

Congratulations to Deakin’s A/Prof. Matthew Sharpe, who has won the Australasian Association of Philosophy Media Prize for 2022: 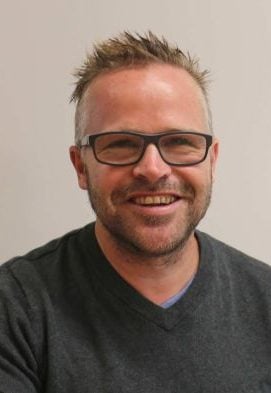 Associate Professor Sharpe has been one of the leading contributors to public philosophy in Australia over many years, particularly through his prolific contributions to The Conversation (including as an original author of the ‘Cogito’ blog) and to a range of other print and electronic outlets. Internationally, he has become a leading figure in the public understanding of Stoicism and philosophy as a way of life. His winning entry in 2022, “When life gives you lemons… 4 Stoic tips for getting through lockdown from Epictetus”, brings insights from classical philosophy to bear on pressing issues faced by readers during the Covid-19 pandemic. The piece is emblematic of Sharpe’s work in public philosophy: clear, succinct, timely. The judges noted how well he showcases historical material for a popular audience, going beyond the usual superficial exposure to demonstrate philosophy’s profound and ongoing relevance.

What is a philosophy program for? On Friday 24 June 2022, 31 philosophers (a mixture of staff, HDRs and undergraduate students) gathered at Deakin Downtown for a living exploration of this question.

The day began with some thoughts from Cathy Legg about how the discipline of philosophy predates the institution of the university, and in its ancient context, philosophy arguably originated in a “choice of life” that was never made in solitude.

Patrick Stokes challenged the gathering to discuss “What’s Philosophy Good For?” and how we might answer criticisms by noted public figures that philosophy: i) is obsolete, ii) makes no progress​ itself and iii) impedes progress in other, more productive fields. Many useful suggestions were made, including that self-examination can be an important precursor to genuine progress, that philosophical investigation has a certain intrinsic ‘freshness’, which is compelling, and that engaging in philosophy is not a choice, so we might as well do it well.

Marilyn Stendera took up the thorny question of “Minorities in Philosophy: Representation and Accessibility”. Diagnosing: i) excluded voices, ii) the leaky pipeline and iii) structural factors, she insightfully addressed each in turn. She presented research showing the negative effects of a discipline’s field-specific ability beliefs (e.g. ‘innate philosophical brilliance’) on its diversity, and skilfully gathered data on the audience’s own career experiences using mentimeter. Her presentation ended with a host of practical suggestions for making a difference.

Chris Mayes presented an engaging talk on “Field Philosophy,” which goes beyond merely “applied” work by stepping outside the walls of the University to assist problem-solving in particular lived contexts, alongside practitioners of other disciplines (whose methods we can learn from, as well as them learning from us). He played fascinating snippets from his recent oral history work with Melbourne-based early practitioners of philosophy beyond the ivory tower, such as Peter Singer and Robert Young.

[In an interlude, our HDR students received some advice from YouTube on maintaining motivation while writing a thesis, not all of which was judged to be without merit.]

Finally, Leesa Davis presented an eye-opening presentation on “The Philosophical Basis of ‘Mindfulness.’” Drawing on her deep knowledge of Buddhist philosophy, she showed how large an intellectual gap can yawn between the rigor and detail of the traditional program for training the mind, and certain ‘corporate co-options’ of mindfulness as a kind of easy, blissful cure-all.

Huge thanks to everyone who came and participated!

Deakin is proudly hosting the International Association for the Philosophy of Death and Dying conference, Deakin Downtown, 6-8th July 2022.

Congratulations to Deakin Philosophy HDR student Meg McCamley, who has been shortlisted for the Australasian Association of Philosophy 2022 Postgraduate Presentation Prize!

Those shortlisted will present their papers in the first week of the online
2022 AAP Conference, June 28-30, with the winner announced at the closing
session of the Conference on July 7: https://aap.org.au/Conference-2022

More information about the prize, including full details of the shortlisted
papers, can be found here:
https://aap.org.au/Postgraduate-Presentation-Prize

The new video Merleau-Ponty with an Australian Accent, co-produced by Deakin’s Dr Marilyn Stendera and featuring a number of prominent Australian philosophers including Deakin’s Dr Helen Ngo, and Prof. Jack Reynolds, will be officially launched on 2 June 2022.

Merleau-Ponty with an Australian Accent features interviews with Maurita Harney, Jack Reynolds, Andrew Inkpin, Marguerite La Caze, Fiona Utley, Jane Lymer, Helen Ngo, and Ryan Gustafsson, on the Phenomenology of Perception and its impact and influence of their work and thinking—together with the remix video art of David Greenhalgh.

The launch features the video’s world premiere, followed by a discussion with developers of the video and interviewees, Fiona Utley, Marilyn Stendera, and Ryan Gustafsson (Australia), and other interviewees as well: Maurita Harney, Jack Reynolds, Marguerite La Caze, and Andrew Inkpin (Australia). The discussion will be hosted by David Morris (Canada). This will be followed by a question and answer session with attendees. The launch is via a Zoom meeting, on 2 June, 9:00h-11:00h EST (Montreal). It is free but requires registration.

The film will be premiered during the launch via the series site vimeo.com/phparw. After the launch it will be permanently available for streaming.

The Philosophy and the History of Ideas Affiliated Research Team is proud to have contributed to the production of ‘Merleau-Ponty with an Australian Accent’.

The Religion, Society and Culture Network at Deakin University presents 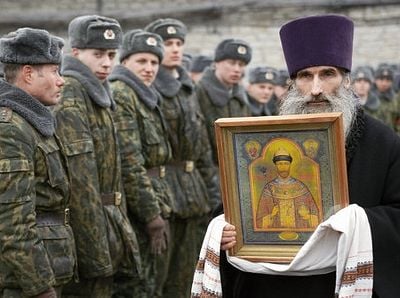 ‘Putin’s War and the Role of Religion’

This is a free event, but registration is required. Click here to register and for more information about the speakers and their presentations.

Conceptions of contemplation in Greek and Roman philosophies

The possibility of a contemplative way of life was widely recognised in ancient Greek and Roman thought. Aristotle conceives of the bios theoretikos as the highest form of life, on grounds of its pleasures, its objects, and its independence. Even the Stoics and Cicero, who valorise the active life of public service, each recognise that humans have a distinct contemplative capacity whose fulfilment will be part of the best life. Yet, to the extent that we presently identify philosophy with rational argumentation, this dimension of ancient philosophy has often been overlooked. This seminar will explore conceptions of contemplation (theoria), the contemplative life (bios theoretikos), as well as specific contemplative practices, across different philosophical schools, including Aristotle, the Stoics, and Epicureans.

This event will be facilitated by Associate Professor Nicholas Van Dam, Director of the Contemplative Studies Centre. There will be an opportunity for Q&A at the end.