Kim Toffoletti and Alexia Maddox have recently contributed to NEXUS, the newsletter of The Australian Sociological Association, reporting on the seminar we had about Digital Sociology. You can find the post here:
Finding a home for Digital Sociology

Our colleague Kim Toffoletti has written about her ambivalent love of football. It is a love that many of us share.

Confessions of a feminist footy fan

It’s not easy being a feminist and a footy fan. For every success story I hear about women’s progress in the world of Australian rules, routinely reported in the news are incidents of sexist attitudes and behaviours. Take the recent example of a group of influential men in football joking on air about drowning sport journalist Caroline Wilson.

Even though such events are routinely condemned by the AFL and wider society, when they occur I feel torn. They tell me that despite all the gains women have made to be visible, respected and valued in football, at the end of the day it amounts to not very much. Achieving real equality does not seem to matter.

Australian rules is my sport and I’ve followed the Hawks my whole life. From an early age, me and my three brothers would eagerly jump in the family van every Saturday afternoon, knowing dad would take us to the footy. I remember mud in the carpark and throngs of people making their way through the gates. We’d buy the footy record before finding seats on the wing. Without fail, half-time meant a hot pie with sauce.

It was the ‘80s – a golden time to be a Hawks fan – so I can recount many wins. But what I think back on most, regardless of the outcome, was that being at the footy felt terrific. How great it was to be together, with my family, with other barrackers shouting and cutting loose. I loved the players and I absolutely loved singing the club song. Though not once did I think that playing football and following in the footsteps of my idols was something I could do.

I didn’t question why my mother rarely came to matches. After all, there were lots of other women and girls at the stadium. It was only as an adult that I came to understand that Saturday afternoon was the only time mum – a homemaker – got to herself. It might be possible to imagine our father-child football ritual as a kind of feminist act, gifting mum some respite from looking after us kids 24/7. But I also recall that we always came home to a warm meal and piles of freshly ironed clothes, putting paid to any early fantasies I might have had that football was doing women any favours.

Despite my early brushes with the overt and more subtle gender politics of football supporting, it was as a young adult that my feminist consciousness was forged. And, increasingly, what I saw and experienced of football culture troubled me, none more so than the reporting of incidents of sexual assault by AFL and NRL players. I questioned how I could support a sport where women were either treated like sexual conquests or demonised as sexual predators, where men dominated the field, coaching boxes, media airwaves and boardrooms, with women largely consigned to ancillary roles bar a handful of high-profile trailblazers.

It is over 10 years since football’s culture of hostility towards women was exposed, and both the AFL and various clubs have sought to address the barriers to women’s participation in football and to create an environment on and off field that welcomes all members of the community – indigenous, multicultural and LGBTIQ, included. We have seen the development of initiatives like the respect and responsibility policy (http://www.aflcommunityclub.com.au/index.php?id=750), themed rounds dedicated to celebrating community diversity, the many ‘firsts’ for women in football as umpires, coaches, on sports media panels, as administrators and executives. With the inauguration of the AFL’s women’s league in 2017 (http://www.afl.com.au/news/2016-06-15/eight-teams-named-for-inaugural-womens-league), it would seem that feminists like myself should have nothing to complain about. After all, women can now play the game at the highest level and participate in all aspects of AFL culture.

Yet despite the League’s organisational commitment to diversity, including progress made towards greater gender inclusivity, the AFL and the culture of Aussie rules more generally still appears far too ‘male, stale and pale’ for my liking. Feminist of colour Sara Ahmed argues that it is not enough to assume that equality is achieved in the act of promoting diversity, which the AFL does via diversity committees, appointing more ‘others’ like women and Indigenous people to senior roles, and creating opportunities for women to play the game. Instead of interpreting these kinds of developments as institutional success stories, or as ‘evidence’ that the AFL is a diverse and progressive organisation, Ahmed encourages us to ask whether investments in diversity are actually aimed at ‘the overcoming of an inequality regime’, or whether this diversity ‘work’ becomes a new set of processes that maintain the status quo by giving the appearance of doing things differently.

Ahmed’s ideas also alert us to the dangers of the language of diversity. Words like ‘diversity’ and ‘inclusiveness’ come to stand in for concepts of equality and social transformation. In other words, just because the AFL can point to more women in its ranks, and a commitment to fostering a professional league for women players, this does not necessarily mean that women have greater power or say in football cultures. More women, and more diversity, can potentially obscure all those elements of a white, masculinist football culture that remain unchanged, and which women are often expected to fit into, or meet the standard of, in order to get a seat at the table. On the face of it, a commitment to both football and feminism might seem like a strange mix. I often ask myself how it is possible to reconcile these two aspects of my identity. And yet, I’ve come to understand the conflicts I often feel as generative and valuable emotions.

Alongside the pleasure, pain, connection and enjoyment that being a football fan brings to my life, I accept those feelings of frustration, anger and disappointment that well up regularly in response to persistent negative attitudes towards women in AFL. I accept them because they embolden me to keep questioning the policies, practices and initiatives put in place by the AFL to promote the involvement of women and other groups who by virtue of ethnicity, religion, sexuality or (dis)ability have not traditionally been considered the norm in football.

For feminist football fans like myself, we need to ask clubs and the League to detail what equality and fairness would look like in a truly diverse and inclusive AFL, and what they are prepared to do to translate social action into social change.

Originally published in Sheilas, the newsletter of the Victorian Women’s Trust.

Confessions of a feminist footy fan

Dr Anna Halafoff and Matthew Clarke were featured in a post on the Religious Studies Project website on the 2015 Joint Conferences of the New Zealand and Australian Associations for the Study of Religion where Anna presented a paper arising from their research on ‘Sacred Places as Development Spaces’.

Dr Anna Halafoff has been appointed to the Editorial Board of the Sociology of Religion Journal (Oxford Journals) and to the International Advisory Board of the British Journal of Religious Education (Taylor & Francis). Both are prestigious journals in their respective fields. 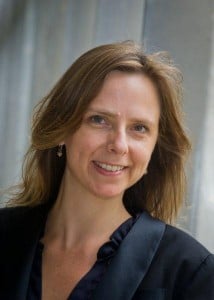 Anna Halafoff comments on the Sociology of Religion at the last Australian Sociological Association Conference in December, 2016.

Neoliberalism, Apocalypse and Activism – Sociology of Religion at #TASA2015

Dr Anna Halafoff and Associate Professor Andrew Singleton have been awarded an ARC Discovery grant, funded to the total of $460,000 and commencing in 2016, investigating ‘Young Australians’ perspectives on religions and non-religious worldviews’.

The research project:
This project aims to elicit diverse young people’s understandings about religion and belief to inform debate about how education assists or impedes intercultural understanding as well as enhancing wellbeing and social inclusion. Australian governments have invested in programs to promote respect for religious diversity and to counter violent extremism, yet there is no coherent, evidence-based understanding of young Australians’ perspectives on religions and nonreligious worldviews. Knowing more about young people’s perspectives and what influences them could facilitate development of appropriate educational responses equipping schools to help young Australians to live productively in their diverse society.

On 30 September Deakin sociologist Dr Kim Toffoletti delivered the Second Annual Communication Studies Colloquium at Loyola Marymount University, Los Angeles. Titled ‘The Postfeminist Sports Fan’, Kim’s public address drew an engaged audience of students, faculty and members of the wider community to reflect on the newly visible roles for women sport fans in the global sports economy and their impacts on addressing gender inequalities in sport.
Kim is based at LMU’s Department of Communication Studies as a Visiting Scholar from August-November 2015. She is being hosted by the Faculty of Communication and Fine Arts whilst researching and writing her forthcoming book Women Sport Fans: Identification, Participation, Representation (Routledge publishers).
During her visit to the USA Kim has been invited to speak at California State University Northridge on media representations of women sport supporters. She will also be presenting her research at the North American Society for the Sociology of Sport Conference, held this year in Santa Fe. The Department of Premier and Cabinet (DPC) Victoria is seeking applications from final or penultimate year undergraduate students to participate in the 2015-16 DPC Summer Internship Program.

You can view the advertisement here: DPC Summer Internship Program

The Department of Premier and Cabinet is seeking applications from final or penultimate year students of their first undergraduate degree to participate in the 2015-16 DPC Summer Internship Program.

DPC is offering various places for the twelve week program which commences on Monday 23 November 2015 and concludes on Friday 12 February 2016.

Interns will be employed in a variety of roles across the department and within several of its portfolio agencies.

Candidates from a range of academic disciplines (Arts, Business/Commerce, Economics, Policy, Social Science) who have an interest in working for the Victorian Public Service are encouraged to apply.

DPC welcomes and encourages applications from students from all diverse backgrounds, including Aboriginal and/or Torres Strait Islander people, Culturally and Linguistically Diverse (CALD) communities, as well as people with a disability.

The project takes a unique approach by using digital platforms for participants to record and reflect on their aspirations. As Laura explains it, “ The young women in my study are encouraged to take photographs of their current realities and of those things that symbolise their aspirations and upload them into their own online diary. The photos and words that make up each participant’s online diary will then be used as the basis for personal interviews with each participant. This research technique combines what sociologists call the diary-interview method and photo-interview/photo-elicitation method”.

Laura is currently looking for participants to be involved in this innovative project. Participants will be asked to keep an online photo-diary for a week, followed by an informal interview. There is a $20 Coles-Myer voucher for each participant at the completion of the study, so spread the word!
You can contact Laura on [email protected]

The Watch and the Ring

Associate Professor Grazyna Zajdow has recently published a story of her family in Arena Magazine. It is an example of what sociologists might call an autoethnography.

A new post on The Conversation by Kim Toffoletti about female football fans.