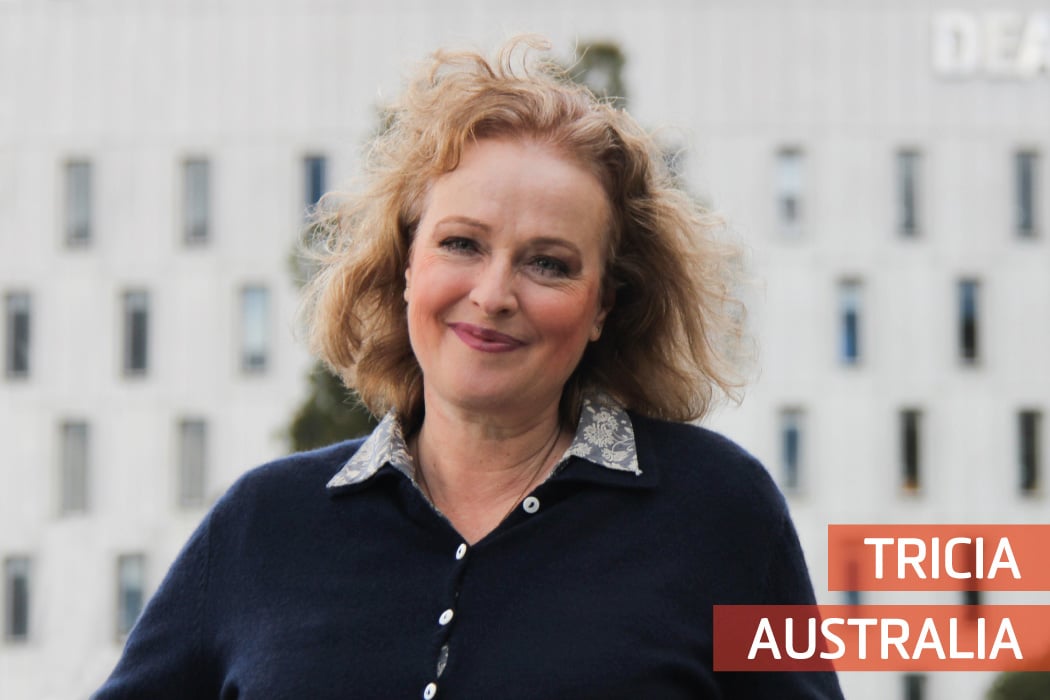 When I began my PhD at Deakin University in February 2014, I didn’t know how I’d be able to achieve my dream of doing fieldwork for my reproductive health study with young women who’d been trafficked into the sex industry in Nepal. That was until I was awarded an Australian Government 2015 Endeavour Research Fellowship!

After delaying my fieldwork due to the mid-2015 earthquakes, I landed in Kathmandu in November 2015 to embark on the biggest five-month adventure of my life! Working with Asha Nepal, the Centre for Awareness and Promotion (CAP) Nepal, and a dynamic research team of young people with expertise in the Adolescent Sexual and Reproductive Health (ASRH) sector, we undertook research with small groups of ‘internally-trafficked’ young women who were no longer working in the sex industry. 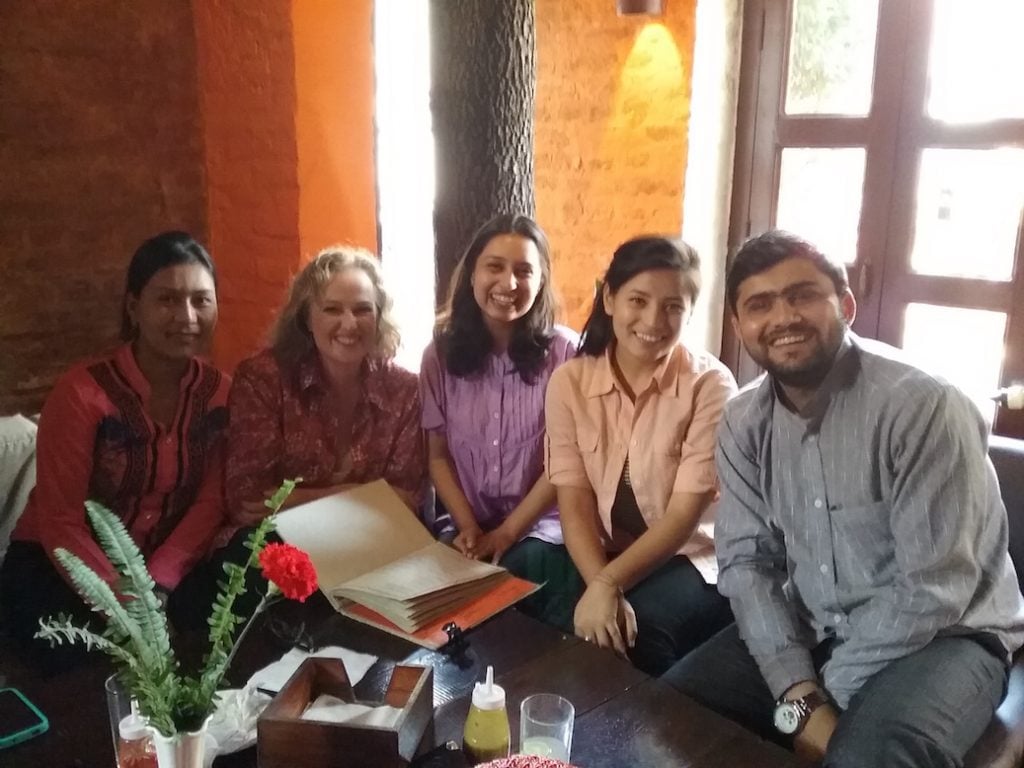 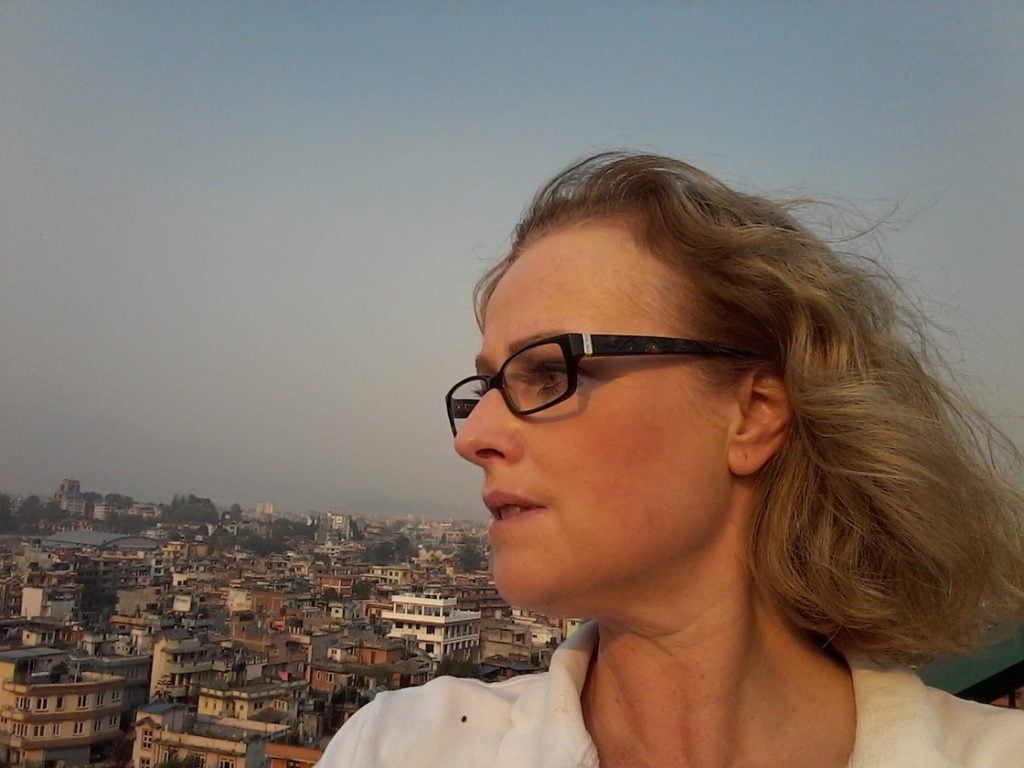 Looking towards my field site from my apartment in Lazimpat, Kathmandu, Nepal’s capital city

Whilst in Nepal, I flew to Myanmar to present at the 8th Asia Pacific Conference on Reproductive and Sexual Health and Rights. I was accompanied by teams from the United Nations Populations Fund (UNFPA) Nepal, Marie Stopes Nepal, and the Family Planning Association of Nepal – all lead actors in Nepal’s ASRH sector. 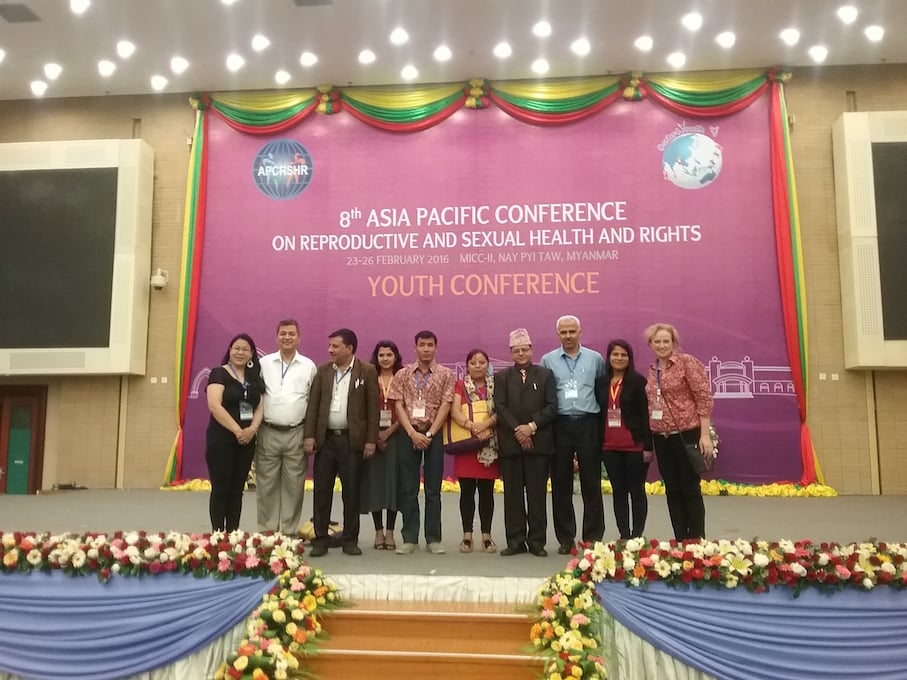 I attended a prestigious International Women’s Day event hosted by Bidhya Devi Bhandari, Nepal’s first female President and Khadka Prasad Oli, the Nepalese Prime Minister. With Australian and Nepalese staff from Scope Global (my scholarship case-managers), I co-facilitated a workshop on the risk of sexual assault for women for the incoming group of Australian Volunteers for International Development (AVID). This was a ‘first’ for Scope Global and they want to encourage more expertise-sharing with Endeavour Research Fellows like myself in the future. I was also the Master of Ceremonies for the launch of the Australia and New Zealand Liquors and Trading and introduced the guest speaker Glenn White, who is the Australian Ambassador to Nepal. All of these events were wonderful networking opportunities, and it was great to map future endeavours with the UNFPA, Australian Government’s Department of Foreign Affairs and Trade (DFAT) – and maybe even Scope Global.

With Glenn White, Australian Ambassador to Nepal, at the Australia and New Zealand Liquors and Trading launch

In April 2016, I returned to Australia enriched by my experiences in Nepal, and especially the generosity of the Nepalese people. I’m very grateful to have received the Australian Government 2015 Endeavour Research Fellowship and the global opportunities that it has opened up to me. I’m also extremely thankful to Deakin University’s School of Health and Development, Deakin University’s Human Research Ethics Committee and the Nepal Health Research Council for enabling me to undertake such culturally-sensitive research in Nepal. My journey with Nepal may be over, but in a phrase coined by one of our research participants, “It’s not goodbye, it’s see you later”. I’ll definitely be back to finish the work we’ve only just begun.