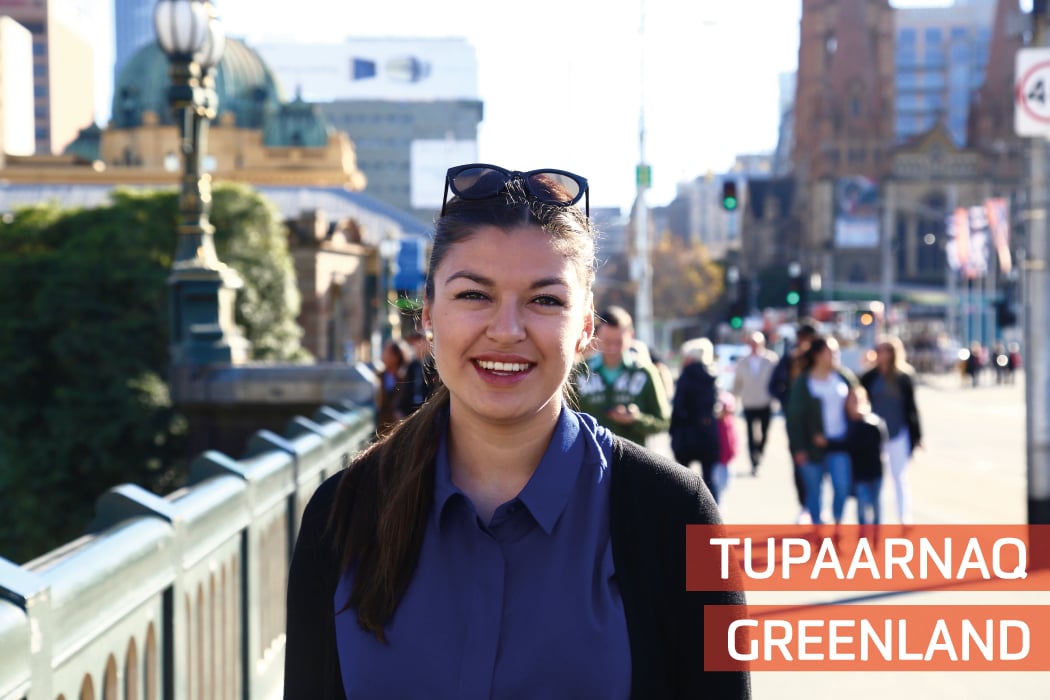 I’m from Greenland, the world’s largest island, located between the North Atlantic and Arctic Ocean with only 56,000 inhabitants, since the country is 80 per cent covered by inland ice.

Back home, I study translation and interpreting (Greenlandic – Danish – English) at the University of Greenland, located in the capital, Nuuk. I pursued this area of study, as languages have always been my strength, especially Greenlandic and Danish. In coming to Australia, I am sure my English will also improve!

The weather in Nuuk varies quite a bit, and this year we’ve had quite a cold spring but now summer is finally on its way. Recently, we had a 24 degree day, and without the wind, this is very hot for us! Because of the low humidity in Greenland, it often feels warmer than you’d think. People are happy and smiling in the street. 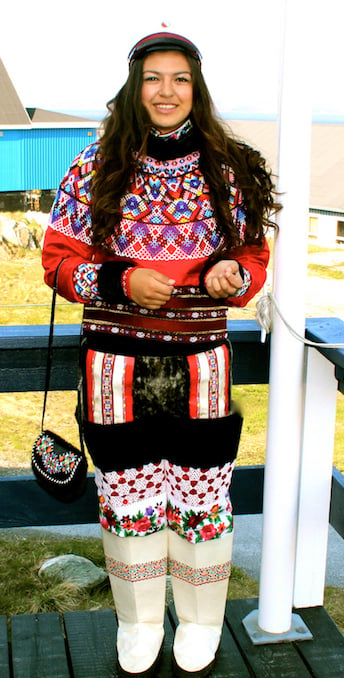 You may think we see the polar bears in the street as you do kangaroos in Australia from time to time. But I’ve never seen a polar bear in Greenland in all my life, only in the zoo in Denmark – haha! I live in West Greenland, where it is very rare for polar bears to be. They tend to stick to the northern and western parts of Greenland, so you’d be more lucky to see one there.  There have been more polar bears coming closer to Nuuk in recent years, perhaps because of global warming. Normally during the summer vacation my family and I would holiday in Denmark or to other hot spots in Europe. Otherwise we like to stay in Nuuk where we might go sailing or just enjoy the summer weather and beautiful nature. But this summer I decided to head to Australia and into the winter!

Students at my university are offered an amazing opportunity to study abroad, and we can select from universities across several countries. It has always been my dream to see Australia, so when the opportunity to study at Deakin arose, I immediately knew that’s where I wanted to go. I read up on the fantastic experiences of other study abroad students at Deakin, which really helped me make the final decision.

It’s always been my dream to see Australia, so when the opportunity to study at Deakin arose, I immediately knew that’s where I wanted to go.

After I submitted my application, I checked my emails constantly to see if I had received a reply from Deakin – even waking in the middle of the night aware of the 12-hour time difference! I finally got the answer – unfortunately in the middle of the night – but I’ve never been so happy! There was a bit of screaming and I had tears of joy, and when it was finally morning I phoned first my mother and then the rest of my family and friends. They were of course happy for me. After finishing my exams and getting ready to move my life abroad, a twenty-five hour flight was all that stood in-between my new Australian life.

I’ve never been so happy. There was a bit of screaming and tears of joy. 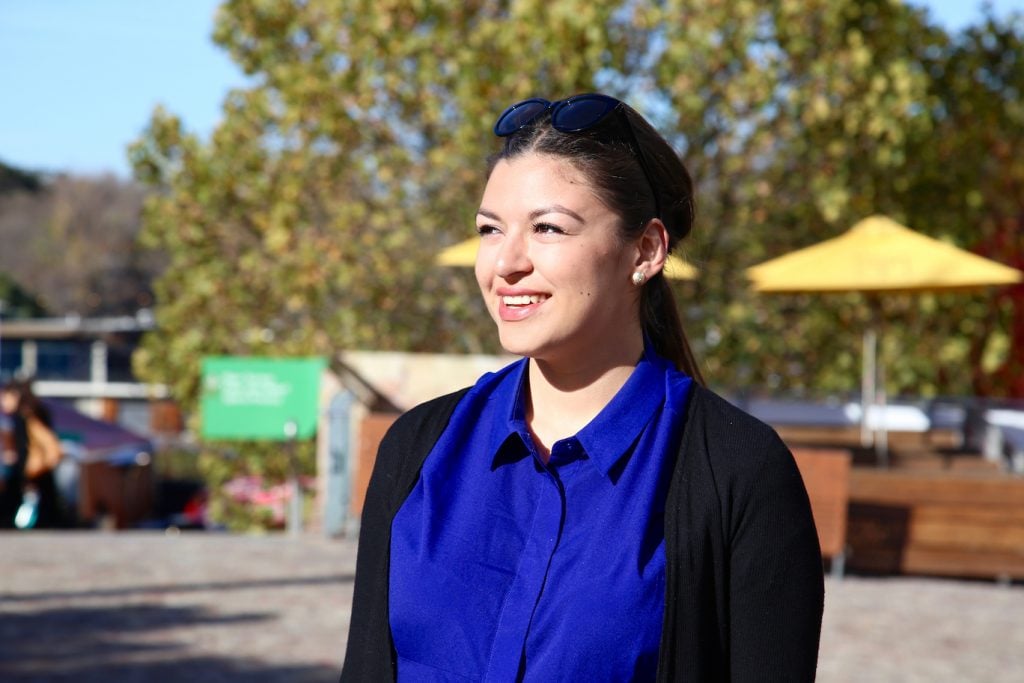 Now that I’ve arrived in Melbourne, I am so interested in Australian art and seeing the beautiful modern and historic architecture in Melbourne and the great street art. I look forward to learning about a whole different culture. It is incredible to have moved from a city of 17,000 inhabitants to one with four million inhabitants! 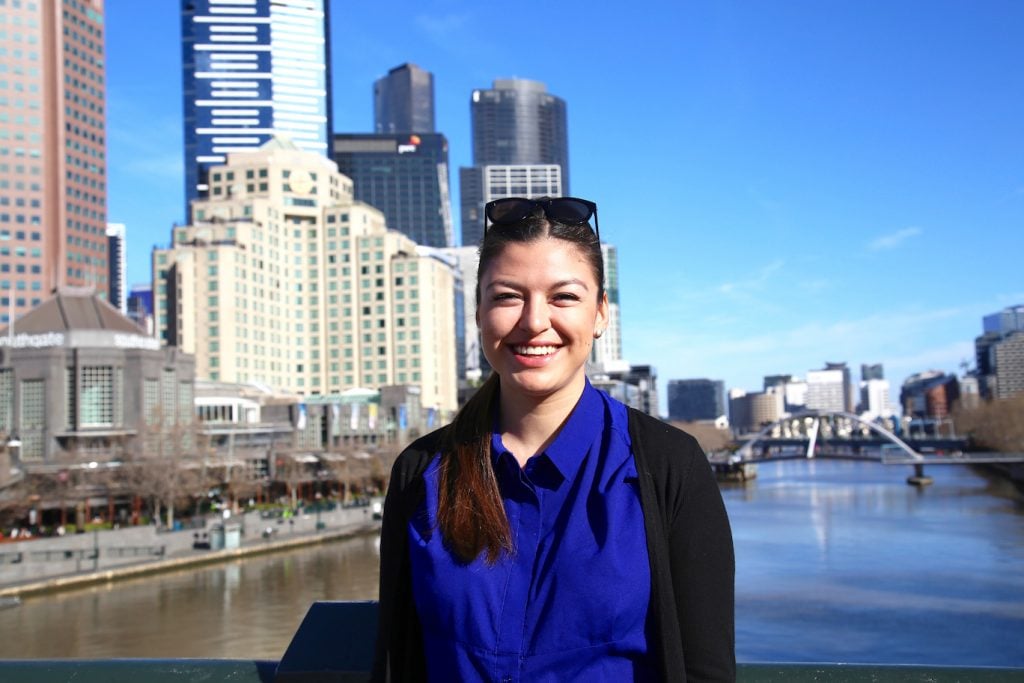 All smiles: Tupaarnaq is looking forward to making the most of her Australia experience.

Instead of heading back home when I finish Trimester 2 in October, I will prolong my stay in Australia until mid-December. The final term at my university in Nuuk doesn’t start back until early February, which will give me time to find work, or possibly backpack around Australia! 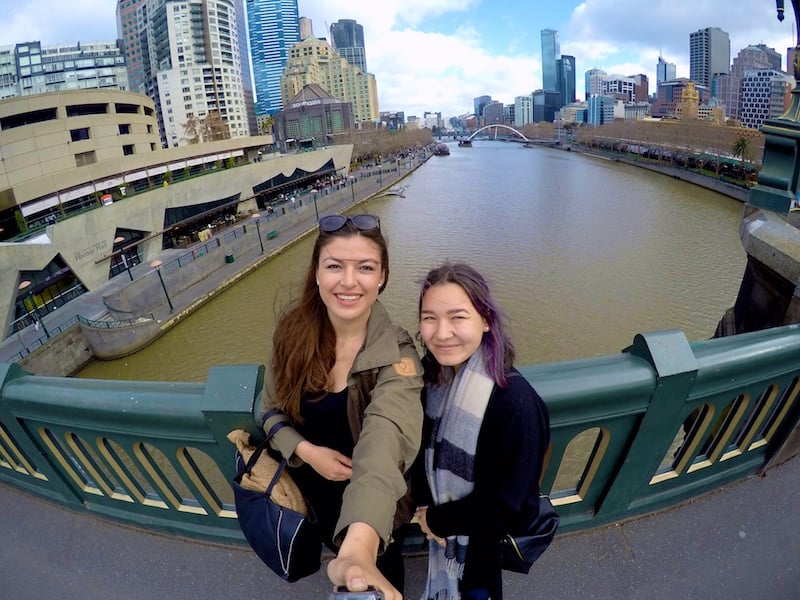 Tupaarnaq is pictured with a friend, overlooking the Yarra River in Melbourne’s CBD

Tupaarnaq’s study at Deakin forms part of an exchange program with the University of Greenland, instigated with the support of the Australian Embassy to Denmark, Norway and Iceland. For further information about studying at Deakin and to view the many degrees on offer, visit our international student page.