The inescapable chaos of India is a force to be reckoned with, seeping into every aspect of the country; from the traffic to the caste system and all the intricate and sometimes bizarre traditions, superstitions and systems in between. 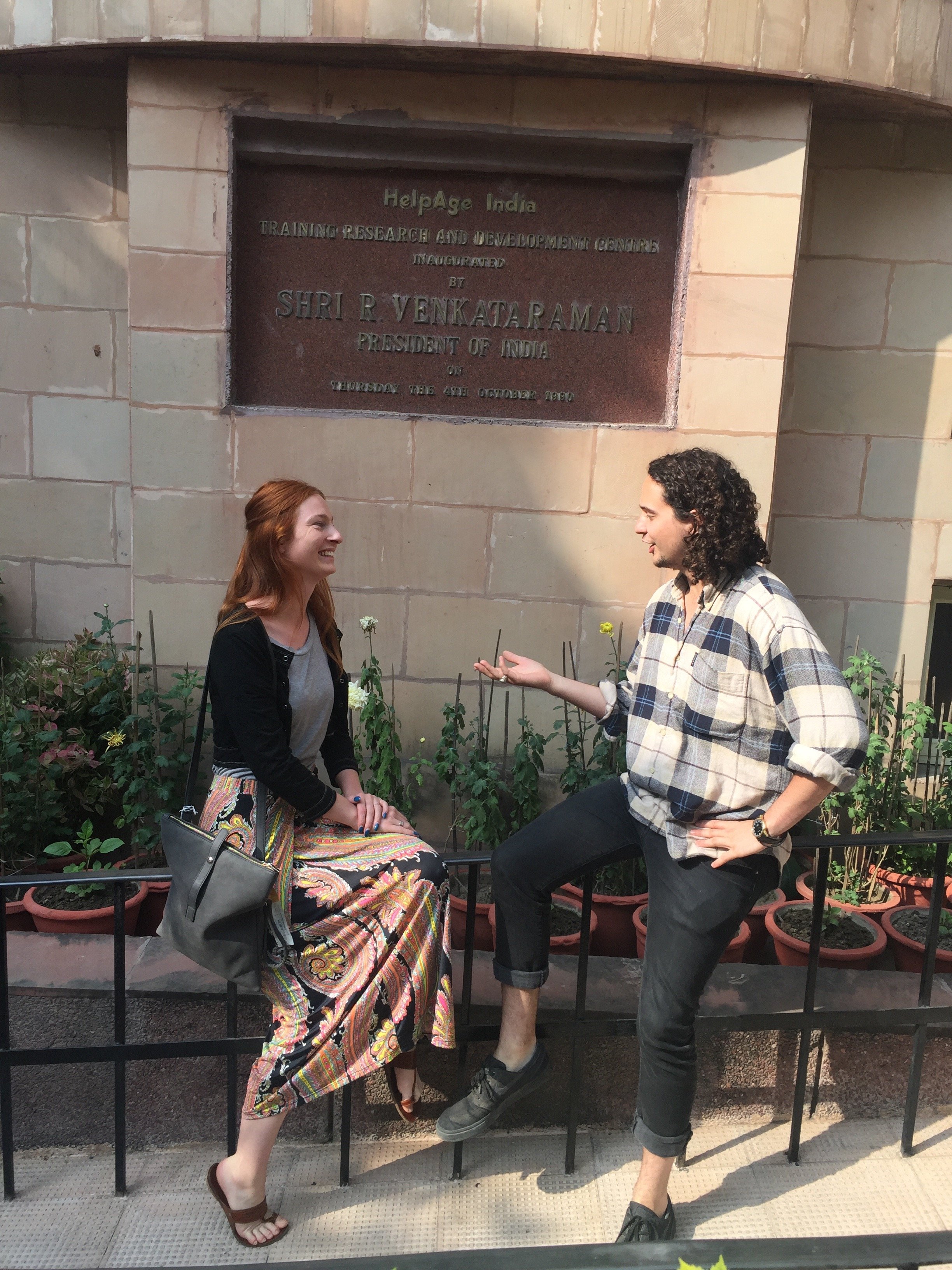 Sam and Oscar in India

In the midst of the whirling chaos sits the unavoidable reality of those living below the poverty line, in slums or rejected communities such as leprosy colonies.  The poverty isn’t a far away notion that can be overlooked; it is an everyday occurrence that is tangible and raw.

Oscar and I were in a taxi heading to one of our first meetings when our car stopped at a red light. This little girl, maybe five or six years old was walking from car to car trying to sell balloons. She, much like the other children at the red light, was filthy and undernourished. She walked over to our car and knocked on the window time and time again, yelling and pointing to her mouth to indicate food. Oscar and I locked eyes, and in the silence of the cab the feeling of despair was shared between us.  We knew that we couldn’t give these children any money because many of the traffic lights are owned by corrupt groups who force children to beg and take the money. We knew that there are better, more effective ways to help street children, however, there is a deep sadness that is followed by a gut-retching feeling of guilt. What future is there for these children? What have they seen or experienced in their young lives?

We found the silver lining, our optimism, after meeting some incredible game-changers in India. Oscar and I were in awe at these people who pour themselves into innovative and exciting ventures to improve the situation for the millions who are struggling.  Organisations such as Tara, Conserve, SereniTEA and Mandala Apparels are creating sustainable ways to create change through ensuring Fair Trade practices are being used.

I began this trip knowing Fair Trade was a positive way to support and protect workers in developing countries from being exploited, however, I didn’t fully understand the extent to which Fair Trade practices can change lives.

Fair Trade goes beyond a safe working environment and fair wage, it branches into education, empowerment, healthcare and community support. Fair Trade is more then a certification – it is a way of life. When you decide to purchase Fair Trade, you are acknowledging that the human being that created that product is your equal and therefore deserves to have the same human rights. That Fair Trade product honours each worker from every stage of manufacturing and enables futures to be built.

The Fair Trade India Experience was a perfect display of the human condition and the control that greed and corruption can have. It was also a beautiful display of the power of compassion and generosity.