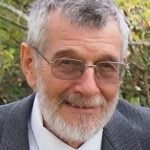 Roy Hay is an Honorary Fellow at Deakin University, where he taught for 25 years, and a partner in Sports and Editorial Services Australia. He describes himself as a Deakin mongrel, because he contributed to 25 different units on a variety of subjects and disciplines for Deakin and the Open University in the UK in that time. His first book, The Origins of the Liberal Welfare Reforms, 1906–1914 is still in print 41 years after publication.

With Bill Murray, he published A History of Football in Australia: A Game of Two Halves, Hardie Grant, Melbourne, 2014, paperback edition 2016. He wrote and edited Games Goals Glory: The A-League’s Teams, Players, Coaches and Greatest Moments, Hardie Grant, Melbourne with 9 leading football writers and it will appear in October 2016. He wrote Football and War: Australia and Vietnam, 1967-1972, A Missing Part of the National Narrative, SESA, Bannockburn, Victoria, 2016. He edited The World Game Downunder with Bill Murray and wrote The Story of Football in Victoria with Ian Syson. He also wrote a biography of his grandfather, James ‘Dun’ Hay, 1881–1940: The Story of a Footballer. He has been a journalist, player, coach, manager, club official and referee. He is a member of Football Federation Australia’s Panel of Historians and Football Federation Victoria’s Historical Committee.