This project is a history of Australia’s 76 years of diplomatic representation in Tokyo. It features Japanese and Australian perspectives on the history of Australia’s embassy. In addition to scholarly interpretations, the project builds an oral history database of memories and reflections of both Australians and locally-engaged Japanese members of the Embassy staff, and it anticipates subsequent additions to the database by other researchers.

The project also involves two events, one in Tokyo and one in Melbourne, at which previous and current members of the Embassy will gather and join in conversation with academics, journalists and other commentators about their work and about the course of Australian-Japanese relations. These events will generate stories highlighting the rich history of official relations between the two countries, stories that will be of broad public interest, such has been the importance of the post-war relationship.

The Centre of Pacific and American Studies at the University of Tokyo will participate in this project.

Professor Fumiko Nishizaki
Director of the Center for Pacific and American Studies, University of Tokyo
nishizak@ask.c.u-tokyo.ac.jp 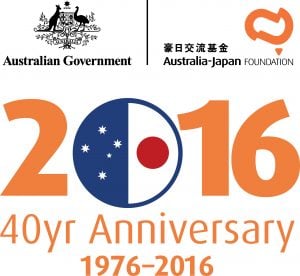 Research so far…
While much of this research will focus on (to date, all male) ambassadors, it is clear from the Australian press that sometimes, it was their wives who were of greatest interest to the broader Australian public. The Australian Women’s Weekly published a few stories on Ambassador’s wives, including one about Lady Judith McIntyre, whose husband Laurence was ambassador in Tokyo between 1960 and 1966. She had traveled to Indonesia with her husband on his previous ambassadorial appointment, so was not new to her role when they arrived in Japan.

The McIntyres served in Japan over 50 years ago, their influence has been long-lasting. It was apparently on the tennis court at the villa used by the Australian Embassy staff at Karuizawa that the then Prince (now Emperor) Akihito, met his wife Michiko Shoda.