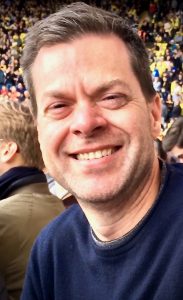 Dr John Doyle is a honorary research fellow in the School of Humanities and Social Sciences at La Trobe University, where he coordinates the Victorian Parliamentary Internship program and has been a postdoctoral researcher and tutor in Australian politics and history. He is a research consultant at Brighton Grammar School and works with the Australian Policy and History Network at Deakin University. John previously held public policy, regulatory and strategy roles in the telecommunications sector and was a Canberra-based foreign affairs and defence analyst.

John completed a PhD in 2017 on the political and policy history of Australian telecommunications reform from the 1960s to 1990s and received La Trobe University’s Rhys Isaac Prize for best thesis in the humanities and social sciences. He was a National Archives of Australia/Australian Historical Association postgraduate scholar in 2013-14. He has a MBA from the University of Melbourne and a BA with First Class Honours in history from the University of Adelaide. John’s research interests include political and policy history; government, politics and public policy; and biography.