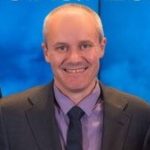 In 2017 Brad Underhill completed a Bachelor of Arts (Hons)/Bachelor of Commerce majoring in History and Economics. He was awarded the 2016 Bowater Trust medal (Deakin Business School Graduate of the Year), and 2017 the Vice Chancellor’s prize for his Honours thesis titled ‘Co-operatives in Papua New Guinea: Economic and Political Development or Colonial Control?’.  In 2018 he commenced a PhD at Deakin University on a Postgraduate Research Scholarship. His thesis is titled ‘The New Deal on the Ground in Papua New Guinea’ and is assessing how successful Australian colonial planners were in designing and implementing post-war colonial development in Papua New Guinea. The research project plans to emphasise the Papuan New Guinean perspective of the impact of post-war development on their lives.

Thesis Title: ‘The New Deal on the Ground in Papua New Guinea’

This thesis will investigate Australia’s post-war development of Papua New Guinea. Enacted by the Chifley Labor government, and maintained by the Menzies administration, the post-war ‘New Deal for Papua and New Guinea’ was a comprehensive development policy focused on new ‘enlightened’ approaches to health, education, agriculture, and labour systems. It will be argued in this thesis that the twenty-year period from 1945 represents a singular philosophical continuum expressed as universal colonial development.  This paper ends in 1965 with the release of a World Bank report which radically realigned government policy towards accelerated development.

My research is primarily focussed on the impact of government programs on the ground in the villages. This aligns with a theory proposed in a Territory Administration discussion paper which argued Australia should accept that it is committed to PNG indefinitely; firstly, because of the incapacity of the Indigenous population ‘to stand completely by themselves in the modern world’ and secondly, Australia’s strategic security. The only challenge to this assumption for long-term political control of PNG was internal pressures most likely sponsored by outside influences. This suggests that Australia’s post-war development of PNG was premised on managing affairs so that its ongoing presence was regarded by the Indigenous population as essential to their continued well-being. Essentially, it was an appeal to ‘enlightened self-interest’. If the broad administrative aim was for amicable co-existence, then the yardstick by which policy effects should be gauged must not be one evolved for the metropolitan country, instead, as this thesis will examine, the formulation and implementation of every policy must be appraised from an Indigenous perspective.  Therefore, a thorough investigation of the social and physical impact of Australian policies in the villages of Papua-New Guinea will provide an opportunity to contrast colonial intention with Indigenous reality. This thesis will explicitly address how successful the Australian colonial planners were in designing and implementing programs that could firstly, ameliorate the potential harm of free-market capitalism, and second, develop ‘new’ socioeconomic structures that would combine a disparate people into an ‘imagined community’, one capable of becoming an independent nation-state.

School of Humanities and Social Sciences, Faculty of Arts & Education