In our next installment of Postcards from Papua New Guinea, Ipul Powaseu provides an insider’s perspective of the people and communities on Manus concerning asylum seeker arrivals and residents.

Manus Island is the largest of about 18 islands that form the Admiralty Islands archipelago, lying about 2 degrees south of the Equator.  Manus people are known for their peaceful and friendly demeanour.  They are famous for their exquisite dancing to the beat of the garamut drums. The movement and sounds of their dancing and drumming attract throngs of people from far and near.

As a small island, Manus faces similar challenges to other small island states, with the added complexity of being a subnational entity. These include distance, high transport costs, remoteness, and limited income-earning opportunities.  The Manus economy relied heavily on subsistence agriculture and fishing as well as inward remittances from children and relatives working outside of Manus province.  Most formal business and employment opportunities are concentrated in the provincial capital, Lorengau.

The people of Manus live mainly along the coastlines and outer islands with some villages located in the mountainous inland. Sea transport forms the major mode of transportation and is very expensive.  Fuel for a regular 4 hours return trip from around the islands to Lorengau costs about 400 Kina (AUD150). 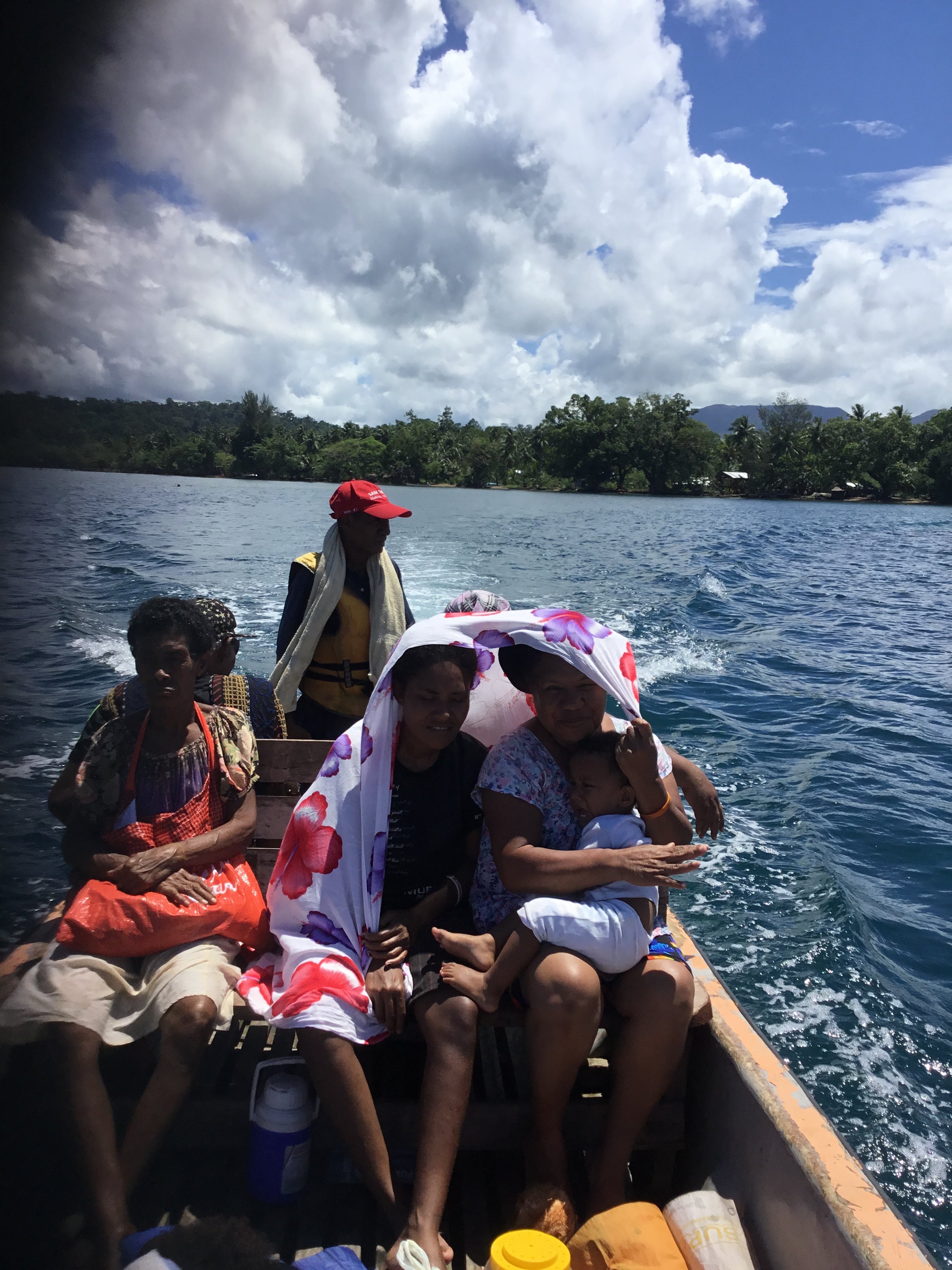 The asylum seekers deal, through a Memorandum Of Understanding (MOU) signed between the governments of Australia and Papua New Guinea under the Bilateral Agreement for People Smuggling, brought mixed emotions for Manus people.  While business houses welcomed the deal, boosting their income opportunities, the general population was apprehensive about how this would change the socio-cultural landscape of peaceful Manus.

Manus people began to see an influx of people from other provinces seeking opportunities to trade their wares.  This movement created tension with the locals as store goods began to proliferate within the Manus markets, where before local fresh food crops and sea products were the main commodities.  Recognising that business is good, these people from mainland PNG are seen to be encroaching on lands within the periphery of the urban centre, and some are going to the villages at the outskirts of the urban area to purchase lands to settle permanently in the area. These actions are creating conflicts with the communities and some traditional landowners.

Greater economic impacts bring with them added burdens to the community. Costs of goods and services have skyrocketed. While this development may be good for vendors of garden crops and those selling their marine products, it is burdening the vast majority of the people who are the consumers of such goods and services.

Manus communities and other civil society organisations are bemoaning the socio-economic ills this political deal has brought to Manus.  There has been an increase in the sex trade between young girls and minors from disadvantaged families and the asylum seekers, workers and other visitors, prompting a local landowner to call for a brothel to be set up in Manus.

Asylum seekers are also forming relationships with Manus women, creating a socio-cultural issue where children from these unions are regarded as non-citizens, adding another burden to Manus people.

The racial demonisation of the Manus man as aggressive and primitive, and Manus being referred to as savage and dangerous have tainted Manus’ reputation of friendliness and generosity as articulated by Joel Coleman, a photographer who wrote in his article the Side of Manus Island You do not know about.

In the news recently, asylum seekers are reported as engaging in self-harming, as well as being accused of the sexual assault of young girls.  These are grave concerns for the Manus provincial authorities.  These allegations are negatively impacting the already cash-strapped allocation that Manus gets for its health and law and order budgets.  Collective responsibility needs to be assumed by the Papua New Guinean and Australian governments, to support the Manus provincial government in its endeavour to address these concerns. 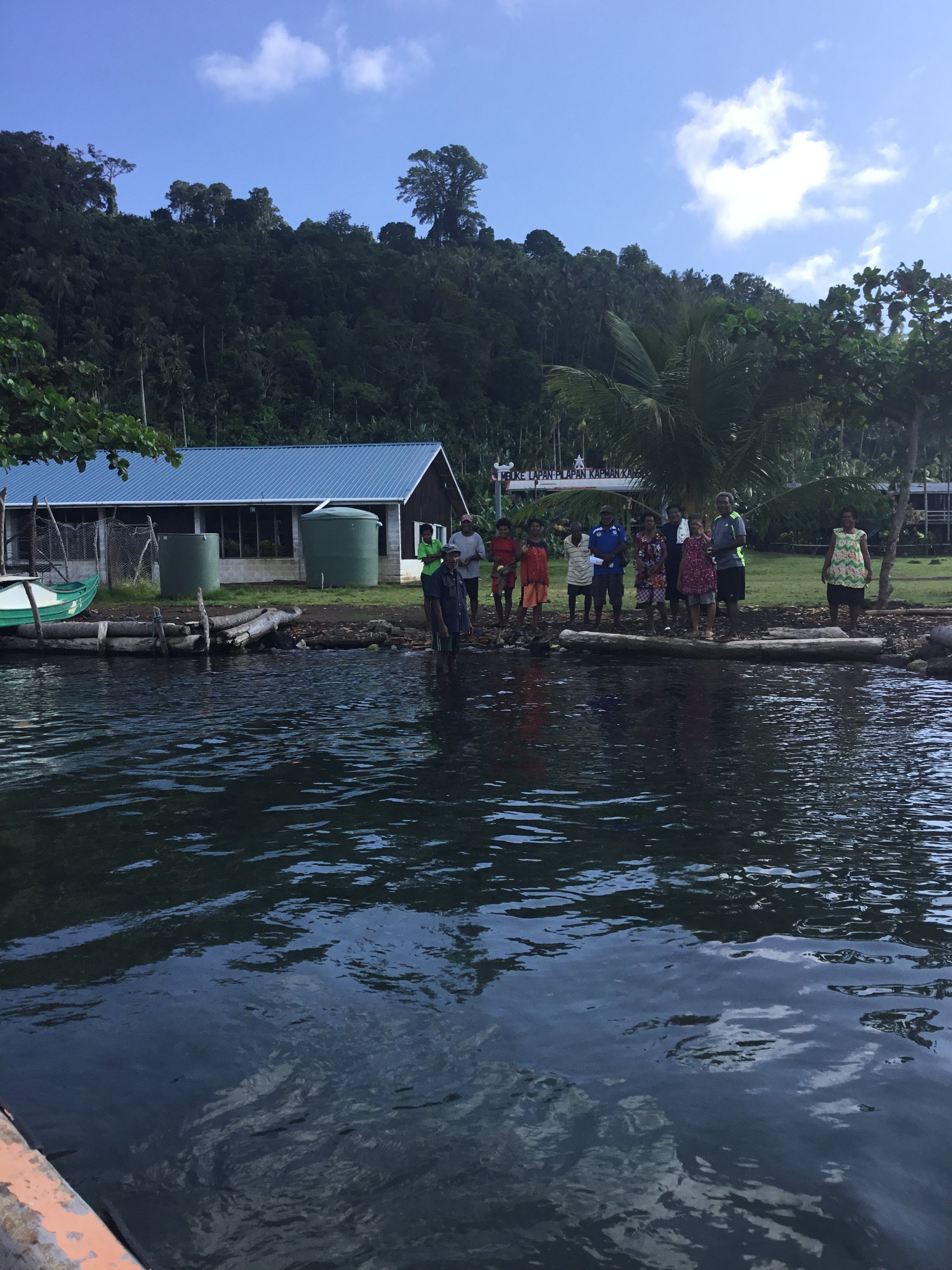 The current asylum seeker deal has opened the eyes of Manus people, and a lot of discussions are happening on social media regarding any future bilateral and multilateral deals for Manus that the government of PNG has with other countries. This is evident in the reaction by the current Manus Governor MP Charlie Benjamin, to the proposed establishment of a military base in Manus, which clearly warrants careful consideration. Discussions on the Facebook Group the Manus Issues suggest that Manus people are concerned about what benefits the base might bring to their Province, and what threats it will pose to their society, their environment, and their sovereignty over their own lives. The Governor of Manus Province, Mr Charlie Benjamin, has added his voice to the call to the US, Australian and PNG Governments to include Manus in any decision making.

Let us bring back the good image of Manus and its people and look at how Manus may derive immediate and long term benefits from the service it provides to PNG and its allies.

Ipul has been a ministerial advisor and significant contributor to Papua New Guinea’s Convention on the Rights of People with Disability (CRPD). She is currently undertaking her PhD, Analysis of the PNG Social Policies on Disability, at Deakin University.