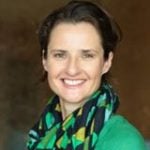 The Contemporary Histories Research Group is pleased to share our new series; a blog dedicated to exploring contemporary histories and history-making. Today’s entry is from Dr Carolyn Holbrook:

The Australian Federation of the Mind

The South Australian Premier, Jay Weatherill, grabbed national headlines in mid-March when he gate-crashed the federal Energy Minister Josh Frydenberg’s press conference in Adelaide. Frydenberg had come to Adelaide to spruik the Commonwealth’s $2 billion extension of the Snowy Mountains Hydro scheme. Weatherill had come to rumble.

As journalists sharpened their pencils and licked their lips, an angry Weatherill told them that he was ‘sick and tired of getting criticisms across the airwaves from the eastern states about South Australia’. The premier had recently announced that his state was ‘going it alone’ in order to secure its energy supply, committing $500 million to the construction of a gas-fired power plant and the nation’s largest battery. But Frydenberg and Prime Minister Turnbull, according to Weatherill, were resisting the opportunity for a national solution to the energy problem. Instead, they had been ‘bagging SA at every step of the way’.

The Weatherill-Frydenberg press conference was a partisan political stoush about energy policy, a rare instance during which the courtesies of media engagement were not observed. But it was also a piece of federation theatre; a public display of the resentments and rivalries that churn beneath our federal system of government. These days, the federal system is mostly discussed in relation to mundane if important matters of taxation distribution, service delivery and efficiency. But Weatherill’s chest-beating defence of his state against the ‘nasty feds’ reminds us that the federation is a psychological as well as a political structure. We are not just Australians, we are also Victorians, South Australians and Queenslanders, for example. And as bearers of these state identities, our interests often clash with those of the Commonwealth—an entity that is related to but distinct from what we think of as ‘Australia’.

The ‘federation fathers’ who devised our system of government in the 1890s were highly conscious of the psychological implications of their creation. Indeed, they would be shocked to hear of the prosaic terms in which their design is discussed in the twenty-first century. Men (and they were all men) like Alfred Deakin and Edmund Barton were fired by idealism. As the historian John Hirst has shown in The Sentimental Nation, they believed that they were fulfilling a divine destiny—God wanted Australia to be a federation. The most idealistic of the federationists, Andrew Inglis Clark and Deakin, aligned their mission with that of Christ. Uniting the colonies into the Commonwealth would require suffering and sacrifice; the annihilation of self in the service of a higher cause.

Under the federal structure, the colonies would become states and retain their identities as well as most of their powers. In addition to their state attachments, the people of the Commonwealth would be granted a new, super-ordinate identity: that of Australians. It might take the people some time to develop ‘Federal feelings’, Alfred Deakin predicted. This federated structure represented the most evolved form of social organisation, in the mind of the federation founders. A pamphlet produced in the aftermath of federation in 1901 claimed that: ‘Ours is not the federation of fear, but the wise, solemn, rational federation of a free people’. Its achievement had only become possible ‘through the advance of intelligence and the development of a higher system of morality than the world ever saw before’.

Though the Australian federation was founded on the principle of the exclusion of non-white people, it imagined itself at the vanguard of the creation of a global brotherhood of humanity. The federation of nations such as Australia was the prelude to world federation, when all humanity would unite in the spirit of peace and co-operation.

These noble aspirations were rapidly discarded after 1901, when the hard reality of managing the diverging interests of the states set in. As early as 1906, Western Australia began to regret its late decision to join the federation. A majority of members of the state’s Legislative Assembly declared federation to have been a mistake and resolved that a referendum be held to determine public opinion. The premier, Newton Moore, ignored the resolution and the issue lost momentum.

The Commonwealth established a Royal Commission on the Constitution in the 1920s to address the concern of the less populous states that their interests were neglected in a federation dominated by New South Wales and Victoria. The royal commission failed to ameliorate Western Australians’ sense of grievance, which was greatly exacerbated by the onset of the Great Depression. Fuelled by the conviction that their resources and primary industry-based economy was gravely disadvantaged by the federal tariff, two-thirds of Western Australians voted to leave the federation in 1933. A petition was presented to the British parliament. After convoluted consultations with the Commonwealth government, the British parliament declined to receive the petition. By the mid-1930s, the WA economy began to improve and the secessionist impulse faded.

The Western Australian secessionist movement was revived during the 1970s, bank-rolled by the mining magnate Lang Hancock. Hancock was outraged by Commonwealth-imposed taxes and tariffs. The Westralian Party stood four candidates at the 1977 federal election, but failed to win a seat and the movement faded from view soon after.

While South Australians have not sought to leave the federation, they have also nursed resentment at the concentration of power and influence in the eastern states. After his notorious ‘slagging match’ with Josh Frydenberg, Weatherill made some instructive comments about his motivation. He claimed that the Commonwealth’s attacks on South Australian energy policy played ‘into something deeper about South Australia; first we’re told we can’t build cars, then we’re told we can’t be trusted to build a canoe; and then we get told we can’t keep the lights on – and there’s a limit to how many times you can attack a state like that and expect people just to cop it.’

Weatherill claimed that the Turnbull government’s approach was a betrayal of the federal project: ‘Openly speculating that we can’t keep the lights on, what an extraordinary message for the Prime Minister of Australia to send about one of the component parts of the Commonwealth … we’re having our reputation damaged by somebody that should be promoting Australia –this is a section of Australia, in case he’s forgotten.’ There is no doubt an element of calculation in Weatherill’s comments, as South Australians weigh who they should blame after four power black-outs during the summer just past. The premier’s best chance is an appeal to South Australian parochialism; he has cast himself as the champion of a battler state that is standing up to the bullying tactics of the big bad Commonwealth.

When you consider the prosaic and partisan nature of debate about the federation today, it is hard to believe that the ‘Federation fathers’ imagined they were creating ‘a higher system of morality than the world ever saw before’. The idealist and Christian beliefs that spawned such grand aspirations for the federal project have passed into history, in exchange for more modest ambitions, like keeping the lights on. But beneath the utilitarian rhetoric of service delivery and GST distribution lie the same emotional instincts that impelled the federation founders; the desire for recognition, the need for communal identity.

Wily politicians know about the federation of the mind. As the late John Hirst told us when arguing that federation was far more than a cynical financial arrangement, we must not underestimate the role of human emotion in history. If Jay Weatherill can win the next state election by appealing to South Australian parochialism, he will have proved Hirst right again.